–This live Zoomcast event will also celebrate the recent release of several new translations of and books about Celan, including City Lights Publishers’ new edition of  Under the Dome: Walks with Paul Celan by the poet Jean Daive, translated from the French by Rosmarie Waldrop.

The event is free, but pre-registration is required: please see the City-Lights announcement immediately below for further details/links for the book, the event, and event-registration: 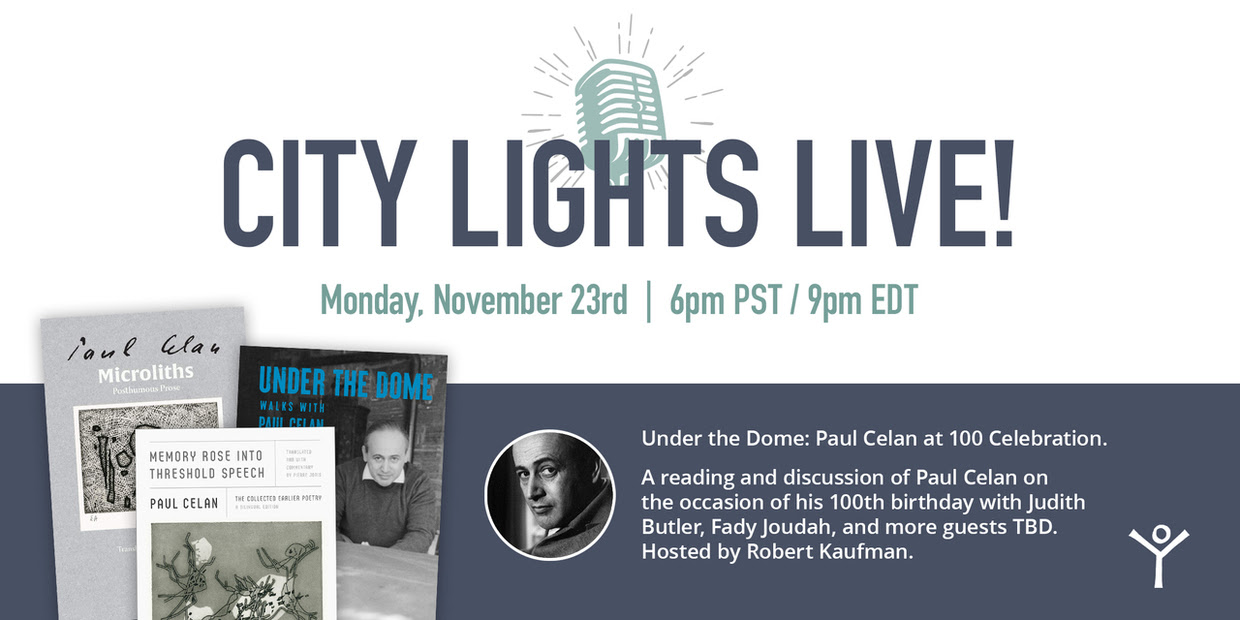